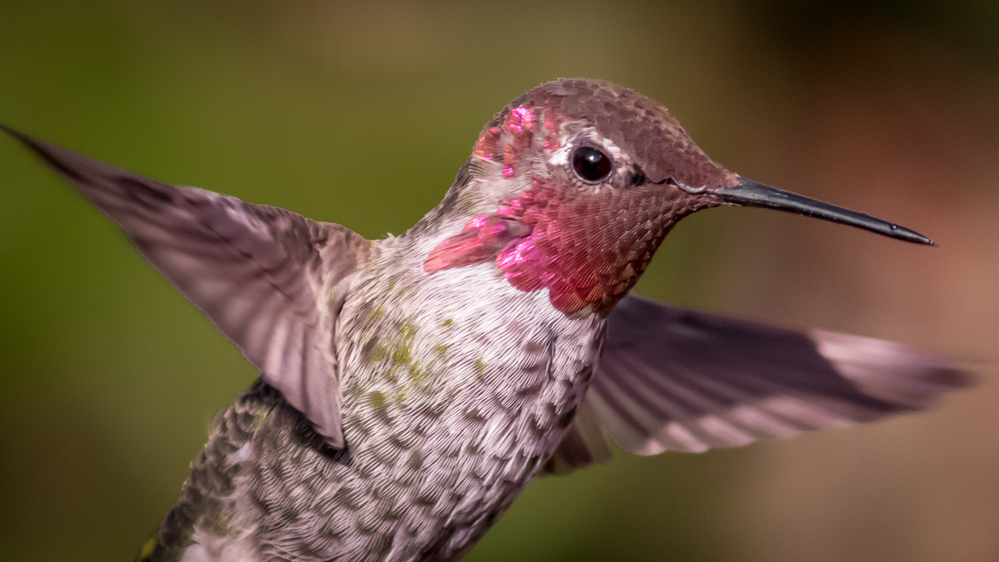 Most birdwatching enthusiasts know Arizona as the birder’s paradise. The state consists of rich riparian bird habitats, making it a top tourist destination. Therefore, it is safe to say that visiting the state will offer an extensive array of rare and exotic bird species.

During your visit to Arizona, you are likely to cross paths with hummingbirds. You will notice these tiny beautiful birds hovering over the Arizona air flaunting their magnificent speed and skills.

Most hummingbird species are migratory. As such, those that spend their winters in the southern parts of the country towards Mexico pass through border states, Arizona included. Birdwatchers take advantage of this event by visiting the various bird-watching locations spread all over the state.

Different Types of Hummingbirds in Arizona

You are likely to find several different Arizona hummingbirds. Keep reading to learn all about these unique species:

Coloration and Markings: Broad-billed hummingbirds are up there on the list of the most colorful hummingbirds in Arizona. They are brightly colored, with the males assuming a metallic green appearance and a blue throat. This blue extends down the breast, completing the brilliant look. The female broad-billed hummingbird has a paler body, especially the belly part. Both have red beaks that widen up towards the head.

Size: These birds have an average length of 3.2-3.8 inches. They weigh something between 3g and 4.5g.

Habitat: You are most likely to find broad-billed hummingbirds in canyon streams. They make occasional visits to the backyard feeders too. They build their nests close to the ground; those living near the streams can build a nest just two feet above the surface.

Diet: The broad-billed hummingbird drinks nectar from flowers and feeders. They can also eat insects.

More About the Broad-Billed Hummingbird

Most of these birds will camp in central Mexico for the better part of the year. They later migrate towards Arizona for breeding. The best time to view them is between mid-March and late September.

Coloration and Markings: These birds are a sight to behold. They mostly assume a greenish and gray appearance. You can easily distinguish a male from a female through the markings on the throat. Males have a reddish-pink throat and head, while the females are gray. Some females might also have red spots on their heads.

Size: Anna’s hummingbird has a length of 3.9 inches. They weigh between 3-6 grams and have a wingspan of 4.7 inches.

Habitat: Some of them can be found along the coast towards southeastern Arizona, especially during winter. However, you will most likely find them in backyards, gardens, and parks with conspicuous blooms.

Diet: They mostly feed on nectar and insects.

During courtship, these beautiful birds display dramatic diving scenes. The males can climb as high as 150 feet up and then follow up with a dive towards the ground. During the dive, the tail and feathers produce a burst noise.

Coloration and Markings: Costa’s hummingbirds have a purple throat and crown, a greenback, and a white belly. To top it off, they have greenish colorings on their sides. You can distinguish a male from a female with their belly. Females tend to have a whiter belly and less purple.

Size: These tiny birds weigh between 2g and 4g, with a length of 3.6 inches.

Habitat: Suffice to say that Costa’s hummingbirds are desert birds. You can find them in chaparrals, dessert scrubs, and such habitats. They build low nests too.

Costa’s hummingbirds can have up to two annual broods. They are mostly found in the southwestern parts of Arizona. Most of them will have migrated into the state from the Mexican Pacific coast.

Coloration and Markings: Calliope hummingbirds are often confused with broad-tailed hummingbirds. However, these birds are much tinier. Males have a distinct magenta-colored throat, dark tail, and a glossy green back. Females don’t have much throat coloring. Also, their white bottom has shades of pink.

Size: Calliope Hummingbirds are the smallest birds not only in Arizona but also in America. They do not grow past the height of 3.7 inches and weigh up to 3.6 g. Their wingspan is between 4 inches and 4.4 inches.

Diet: They can feed on nectar or pick up tiny insects from flowers and plants. They can also feed on sugar-water mixtures in feeders.

More About the Calliope Hummingbird

Even with their small size, calliope hummingbirds manage to migrate and cover more than 4800 miles every year. They can migrate from Mexico, pass through the United States, and fly to Canada. Better still, these birds are known to be fierce when defending their territory. They can attack birds above their weight; cases of Calliope Hummingbirds attacking red-tailed hawks are common.

Coloration and Markings: Adult blue-throated hummingbird males have a bronzy green color. Looking closely at their eyes, you will notice white lines above and below. The throat has a glittery blue appearance that appears darker in low light intensity. Females have all these features, except the blue throat.

Size: This bird is relatively large, compared to other species. It can reach up to 4.9 inches in length and weigh 10 g.

Habitat: Most of these birds can be found in flower-rich areas with an elevation of between 4,000 and 12,000 feet. They prefer living along streams, woodland areas, and cool coniferous habitats.

Diet: In addition to nectar, these birds like feeding on small arthropods. You will find them searching around flowers for spiders, plant lice, and such insects.

More About the Blue-Throated Hummingbird

Being such a large hummingbird, the blue-throated hummingbird beats its wings half as fast as the smaller species. However, even with such minimal beats, the bird still flaps these wings 24 times each second.

They also can mob predatory birds. The attacks are made to defend their territory. Several birds will team up and attack a predator to drive it away for better results.

Coloration and Markings: This bird is a beauty among a beautiful family. The males have a vivid red bill, an emerald body, and a conspicuous sapphire throat. Also, their wings are brownish with a white shade around the chest area. Females and juvenile birds are distinct from males; they have green-spotted throats.

Size: This bird is medium-sized; The long body (3.6 inches) and the wingspan (5.3 inches) prove that.

Habitat: These birds prefer breeding in high-elevation meadows, in evergreen trees, and near pine-oak forests.

More About the Broad-Tailed Hummingbird

These birds love visiting native flowers. The bird can consume up to 1.8 times its body weight of nectar daily. Males hover around about a foot from the female for courtship purposes. He will fly back and forth in recurrent arcs to woo the female. Their legs are so tiny that they cannot walk to hop.

Most broad-tailed hummingbirds migrate into the country from Mexico.

Coloration and Markings: The female Violet-crowned hummingbird is less colorful than the male. As the name suggests, these birds have a violet crown. They also have a red bill and white underparts. This is the only species where males don’t have a brightly colored throat patch.

Habitat: These birds fancy breeding in arid scrubs. They can be found in large numbers in the Madrean Sky Islands, southwestern part of Arizona. They live on the grove of tall trees, along lowland streams, or lower parts of a canyon.

Diet: Just like most hummingbird species, these birds feed mostly on nectar and insects.

More About the Violet-Crowned Hummingbird

The bird breeds in the southwestern part of the country. Like most other hummingbird species such as the Costa’s, these birds are solitary, which means that they do not stay paired up for long. The male attracts the female to mate. After mating, the female leaves the male to look for a suitable nest location to build. She then raises the chicks alone.

Coloration and Markings: These birds are metallic green with a gray-white underpart. Males have a distinct black throat and a purplish base. Females are paler, especially around the throat area. The tips of their feathers are white.

Size: The black-chinned hummingbirds can weigh between 2.7 grams and 4.2 grams. The wingspan is about 50 m.

Habitat: This bird is a habitat generalist. They can live virtually anywhere as long as the area has tall trees and flowering vines.

Diet: These birds feed on nectar, tiny insects, and sugar-water mixtures in feeders.

More About the Black-Chinned Hummingbird

Black-chins breed in the southern part of British Columbia, winter in Mexico, and travel to Canada in May. You can find them in large numbers in Arizona throughout the summer.

Arizona is the ultimate bird watchers’ paradise. With numerous places to glimpse sightings and have a time of your life, you stand a chance to see these and many more hummingbird species.